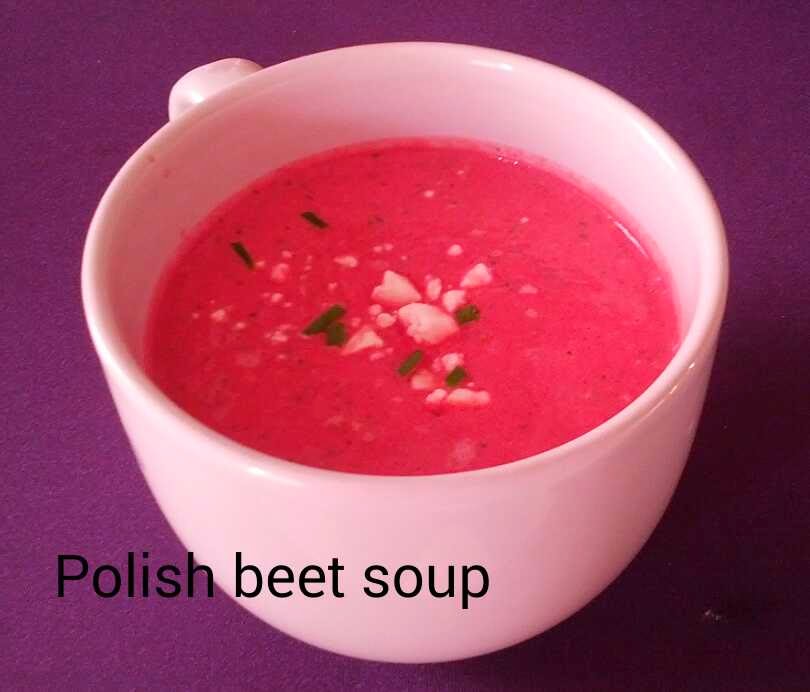 Summer is definitely here! I love eating all the fresh fruit and veggies that are finally in season. I have to admit I was a little skeptical when I saw this recipe, but I like gazpacho and figured that this would probably be pretty similar. It doesn't tasted anything like gazpacho, but does sort of serve the same purpose - savory, creamy, vegetable-y, and most importantly, cold!

By the way, this soup is very filling, but the entire recipe is under 400 calories, at least according to my calculations. Winner!

No process photos this time, just the recipe. 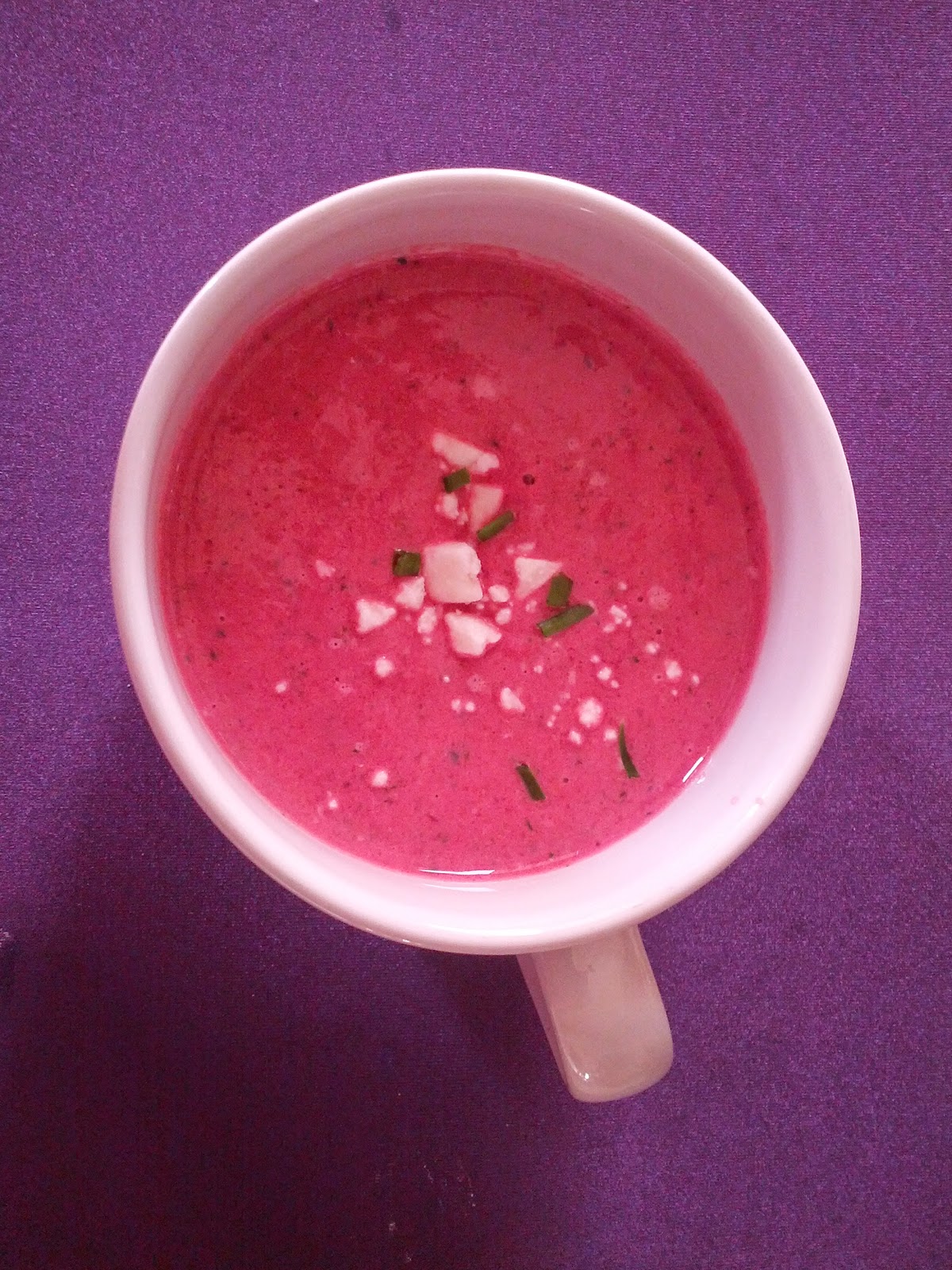 4 cooked beets
1 cube beef bullion dissolved in one cup water (or one cup veggie broth)
Juice of half a lemon
Half a cucumber, finely chopped
2 radishes (three if you like the taste of radishes), finely chopped
1 ounce fresh dill (one package)
1 Tbsp chopped chives
1 cup plain Greek yogurt
Salt to taste

Shred the cooked beets into a bowl using a cheese grater. Add the broth and lemon juice and stir.
Combine the cucumber, radish, dill, and chives in a separate bowl, mixing well, and then add to the beet mixture. Stir in the Greek yogurt. Cover the mixing bowl with a lid or with plastic wrap, and chill for 4-5 hours to let the flavors mix. Ladle the soup into a blender or Magic Bullet and blend for 30 seconds, or until smooth. (If you like, you can eat the soup without blending it, but I found the texture of the shredded beets to be kind of weird.) Garnish with chives and serve cold. (I sprinkled some feta cheese on top as well for the picture, but found that it actually didn't taste very good with the soup!) I've eaten this for lunch twice this week, once with a toasted English muffin on the side and once with chips. Some carbs are definitely a good match! :)
Posted by Jessica at 8:00 PM