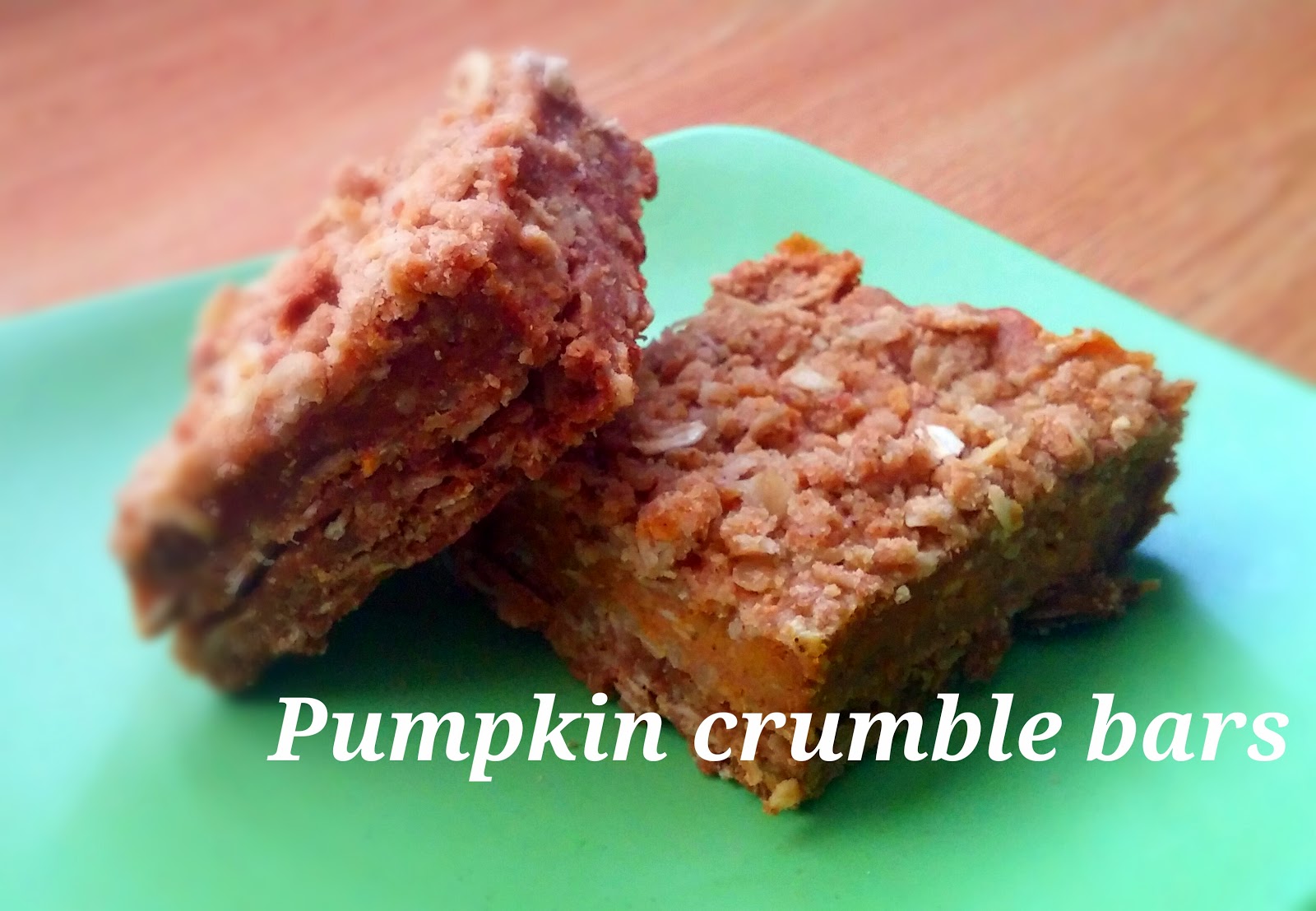 Tis the season for all things pumpkin spice, right? Although I guess I'm a little late, seeing as it's November already.

These bars were inspired by the fact that the only cans of pumpkin puree at the grocery store were those ginormous ones. 28 oz maybe? Definitely at least 4 cups of pumpkin. Anyway, I had opened the can for another recipe and wanted the use the rest of the pumpkin for something else. I brought these to a friend's house for a football gamewatch, and they got rave reviews. They're not too sweet -- you could easily eat them for breakfast. (In fact, I'm about to do just that!)

Preheat oven to 350 degrees. Line a 9 X 13 pan with parchment paper or tin foil.
Place the butter in a large, microwave-safe bowl and head it for about 45 seconds, until softened but not completely melted. Add all other crust ingredients. Mix the butter into the dry ingredients with a pastry cutter or your fingers until butter is evenly distributed and mixture looks like wet sand. Reserve one cup of the crust mixture and pour the remaining crust mixture into the prepared pan. Press down hard to make sure the crust sticks together. Back for 12 minutes (try not to over bake).

Meanwhile, blend filling ingredients together. (Make sure your neufchâtel cheese is softened so your filling doesn't get lumpy.) Remove crust from oven and pour filling mixture over it. Top with the remaining cup of crust mixture. There should be enough to cover the filling with a single layer of crust, without any gaps.

Bake for 25 minutes or until the top crust is light golden brown. Allow to cool to room temperature before eating.

Adapted from Joy the Baker, Ambitious Kitchen, and Kraft recipes.